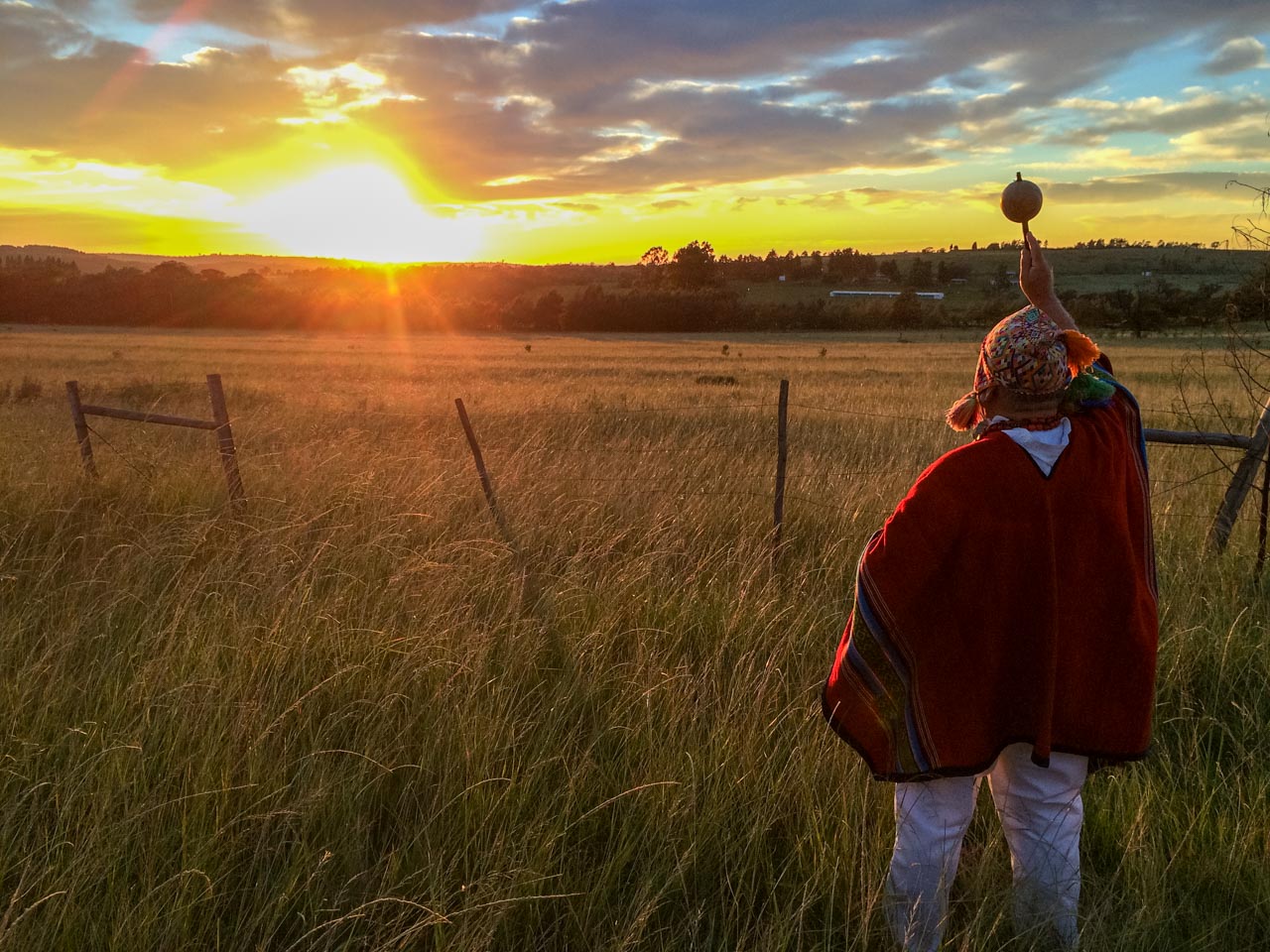 Kamaq Wageaq, Willak Umu of the Sacred Andean Tradition, Incan lineage keeper and international spiritual elder from Peru, has brought the teachings of the ancient Andean cosmology to South Africa since 1999. He received guidance from his Incan Masters to fulfil the prophecy for these times of shift where a completion of a cycle was marked by the solstice of December 2012, and the beginning of a new cycle meant important changes in human consciousness. The teachings of the Sacred Andean Tradition were to be shared with all humanity. To start with, the ancient land of Africa, where human life was birthed had to be honoured by the Andes mountains of South America.

To accomplish this task, Kamaq Wageaq founded and registered The Order of Inkari in the early 1990’s. And just before the turn of the millennium he was invited to this land to present a workshop on the Andean cosmovision. He arrived in South Africa as a Master Kuraq Akulleq of the lineage of the Sacred Andean Tradition and offered the Incan path of initiation in an adapted structure of levels: Paqo, Pampa misayoq, Alto misayoq and Kuraq Akulleq. The Sacred Andean Tradition teachings are all about the wisdom of the Chakana, observation of Nature and living a balanced, harmonious existence on Mother Earth, Pachamama. As Kuraq Akulleq, Kamaq Wageaq offered to South Africans the teachings and initiation level Karpay [energy transmission] for Paqo and Pampa misayoq, during workshops organized in various cities in South Africa; but the third level, Alto misayoq initiation required the initiates to travel to Cuzco in the Peruvian Andes.

The final level of initiation is Kuraq Akulleq, or fourth level. This initiation is only done in Peru. It is conducted over a three-week initiation path. Kamaq Wageaq follows strict Andean codes, one of them being that a seven-year cycle must be observed. There have been two groups of South African 4th level initiates, first in 2009 and then again in 2016. Out of 141 third level initiates in South Africa, 14 have received the Kuraq Akulleq Karpay.

Kamaq Wageaq’s Master, who was the last Willak Umu of the Incan lineage of the Sacred Andean Tradition, granted him the position and responsibility of being his successor after his death.

The Willak Umu of Inca times was the Spiritual Advisor of the Sapa Inca and the supreme high priest, the oracle, the wisdom keeper of the Tawantinsuyo. During the 500 years since the Inca empire was dissolved, the energy transmission of Andean priests and Amawtas [master teachers] continued generation after generation, but in a discreet form. Therefore, there have been Incan Willak Umu high priests, but only one at a time, for five centuries. The wisdom of the Sacred Andean Tradition is contained in the Chakana, which embodies all the knowledge, principles, codes, and energy potentials.

Kamaq Wageaq explains that there are multiple ancient cultural expressions from the Americas, all valid and profoundly sacred. However, the Sacred Andean Tradition is the unique energy expression of the Inca lineage of the Tawantinsuyo active and alive in the 21st century.